Hi, what are you looking for?

While we may take the convenience of ordering a new pair of socks for granted, this option hasn’t always been available. There is a long history regarding the evolution of socks that began many moons ago. It’s said the first sock-like product was created during the Stone Age period and has since advanced throughout history to the modern socks and premium socks we have today.

Let’s take a deeper look at the evolution of socks. We will discuss where they started, how we’ve come to create the premium socks we have today, and everything in-between!

The evolution of socks goes all the way back to the cavemen. With their main source of food being animals they collected through hunting, it makes sense that their socks were made from animal skin. The cavemen would take the animal skins and tie them around their feet and ankles. This ‘trend’ of using animal skins, fur, and hair did not cease with the cavemen.

Following suit of the cavemen in their use of animal skins, the ancient Greek poet Hesiod from the eighth century B.C notes the use of “piloi” or garments made from matted animal hair. These being used as a type of sock the use of animal hair was a creative way to protect their feet while wearing sandals.

With the second century came a new and improved version of the sock. This version was discovered at a Northern England Roman auxiliary fort known as Vindolanda. It is believed that these socks were made for children as the garments discovered were child-sized.

These Roman socks closely resembled the design of the modern sock used today and were crafted through the use of various fabrics sewn together.

By doing this, they were able to create a more fitted option  for each individual. These socks were eventually named “Udones,” which were typically made for Roman soldiers.

During the 4th and 5th Centuries Egyptians made socks through a process known as “nalbinding”. Nalbinding is a process that came about prior to knitting or crocheting, also known as single-needle knitting. With this process, they made socks that were specifically made to be worn with their sandals noted due to the split toe design. 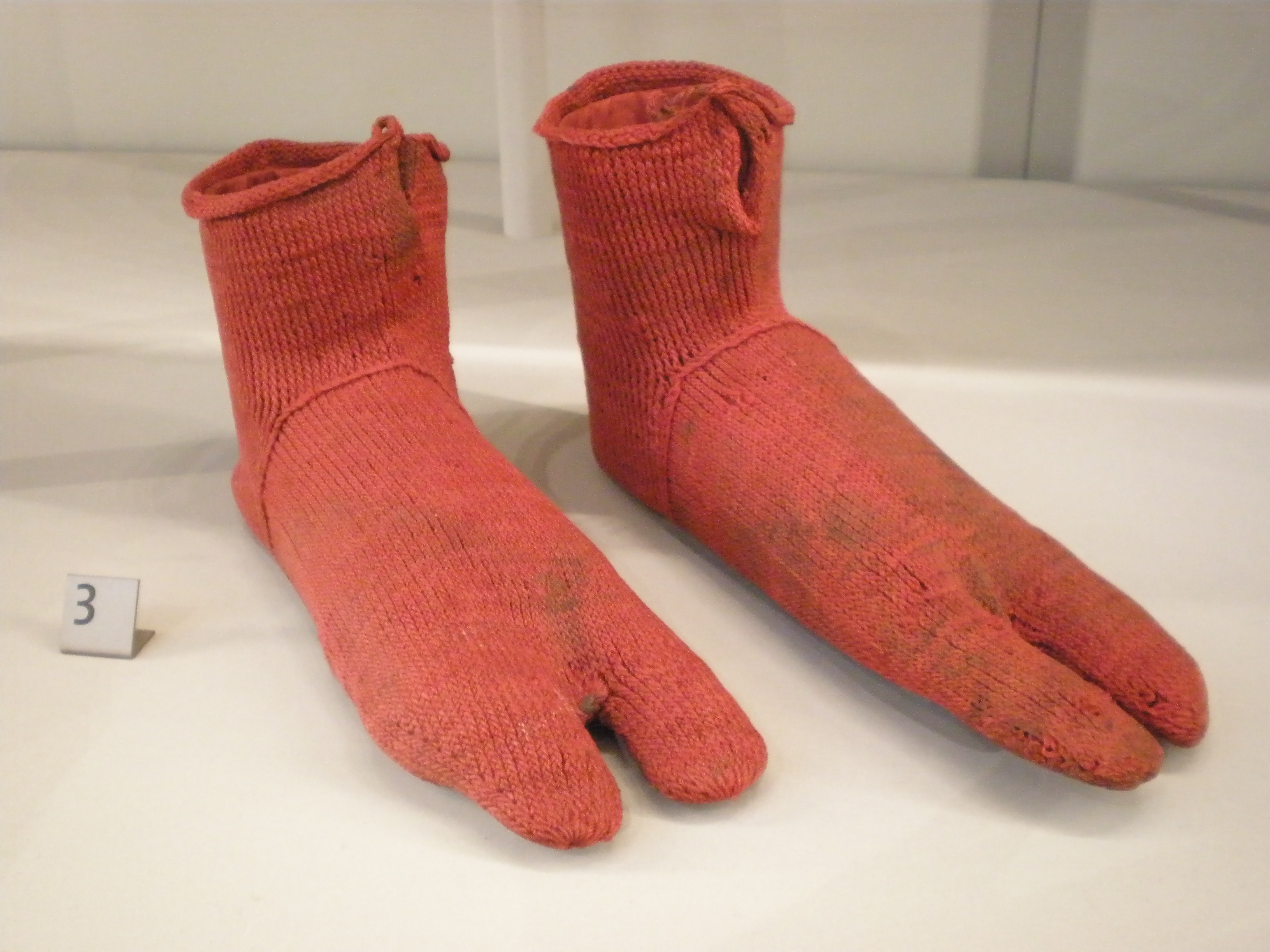 These split-toe socks have been discovered in Oxyrhynchus and Antinoe. There is debate as to whether these socks were meant only for ceremonial offerings for the dead, or if they were meant to be an everyday sock.

During the 13th Century, artisans that worked for Spanish Royalty started creating the first knitted socks. Throughout the 14th Century, knitted garments became more well-known throughout Europe with most of the population wearing homespun knitted garments and silk stockings. These socks were typically worn by aristocrats.

What is now known as tights in today’s market were created during the late 15th Century by joining hand-knitted hosiery and breeches together. Sumptuary laws were enforced during the 16th Century to deem certain materials and foreign products only intended for people of higher social ranks due to the luxury of the garment.

The Invention Of The Knitting Machines

In 1589 a new invention was created known as the mechanical knitting machine. This machine allowed people to manufacture socks almost six times faster than they previously were by hand. Following this, the first stocking frame was created by William Lee to create wool stockings.

While Queen Elizabeth the first preferred custom made socks, she refused to use products created by these machines. It was instead King Henry IV of France’s support of Lee’s goals that allowed him to build the first stocking factory in Rouen. 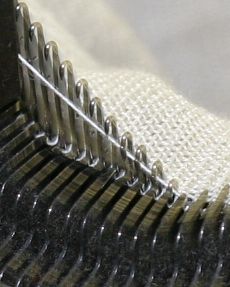 During the 17th and 18th Centuries, the knitting machine became more popular throughout Europe with adjustments being made to enhance the technology. In 1759, technology developed even further when Jedediah Strutt patented a machine that created the garter stitch and ribbed stockings known as “The Derby Ribber. “

Throughout the 19th Century, the knitting process advanced even further with the creation of circular knitting technologies.

Socks During The World Wars

Trench foot was a common problem throughout World War I as the soldiers would get rips and tears in their water-repellent boots, allowing water to reach their socks and feet for extended periods of time. In 1917, The American Red Cross had to reach out requesting knitted garments. In support of their troops, many citizens stepped up and began creating socks via both by hand and by knitting machines for the soldiers.

During World War II the world experienced a wool and silk shortage. The United Kingdom solved this issue by producing socks from old woolen garments. The United States, however, suffered from a shortage of fabric, so instead, they developed a new technology through the use of rayon, cotton, and additional blends of fabrics. This blending process grew in popularity and is being used today.

Through the use of knitting machines, socks were able to be mass-produced which significantly helped to reduce the cost of these garments. Despite this advancement in technology, many individuals have continued to choose custom made socks that were instead created via hand-knitting.

A Change In Materials

In 1927 an advancement in materials began that would soon bring new materials into play that are now used throughout a variety of garments. After 11 years of research, a French-American known as DuPont successfully created rayon – A synthetic fiber created from cellulose based fibers (Like bamboo!) This discovery was a very important precursor to the research and development of nylon by Wallace Carothers and his team of researchers. Nylon debuted at New York’s World Fair in 1939 and quickly grew in popularity as a material option in various garments – Socks included.

While nylon became more popular, it was specifically supplied for the soldiers during World War II with civilians continuing to use the standard knitted socks made from either knitting machines or by hand. Once the war ended, Nylon was back in action and became a popular material for garments among consumers.

Today, nylon yarn is still used in the creation of both standard socks and custom socks. This is due to nylon’s moisture-wicking properties, supportive cushion, and a comfortable fit.

As technology has advanced, the production and purchase price of custom socks have become more affordable. Premium socks offer a way to not only show off your personality but provide ultra comfort with a much better fit and use of higher quality materials. With a wide range of sizes from children to adults, there are premium sock options for the entire family. 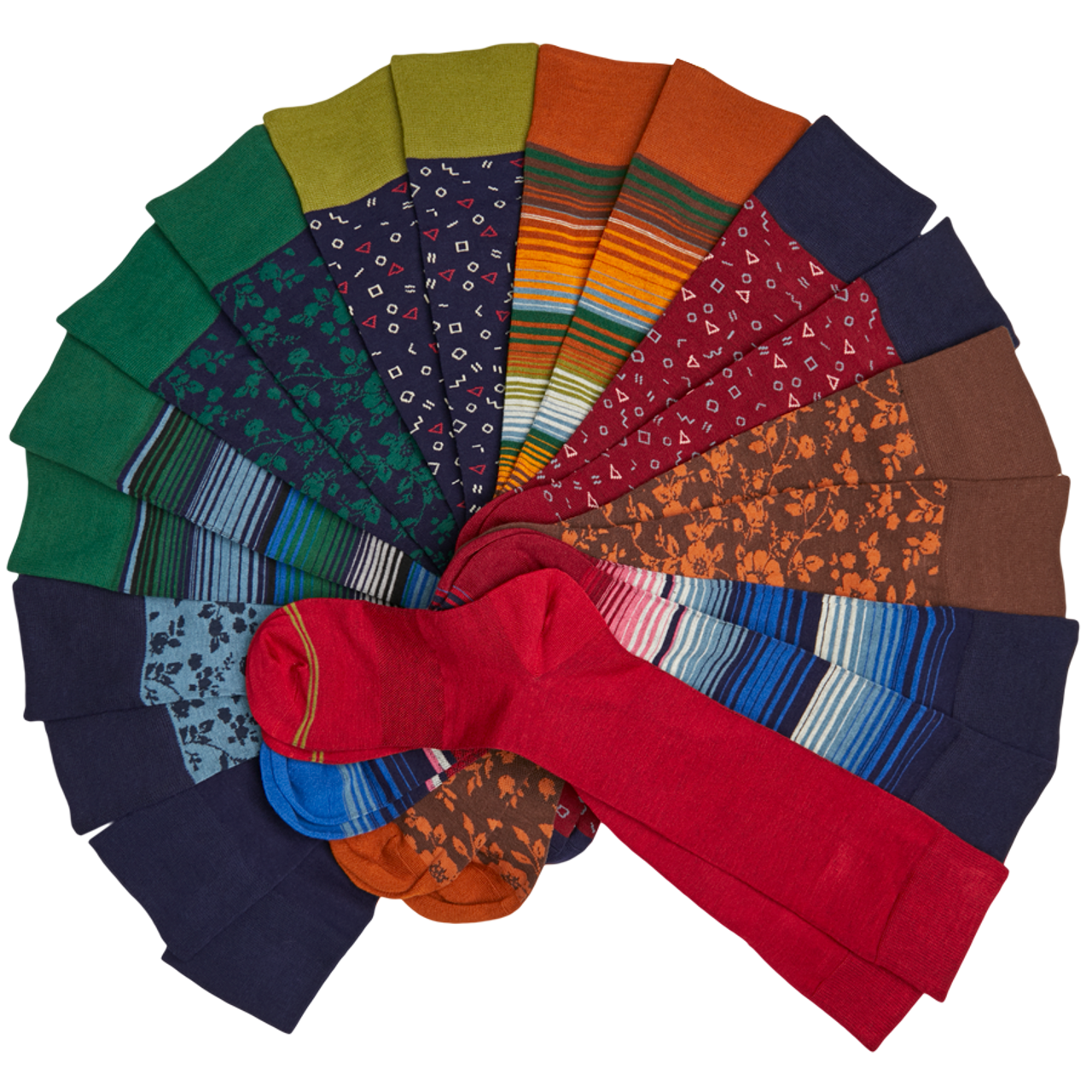 While socks have evolved immensely since the beginning, we would not be where we are today without the gradual sock enhancements throughout the years. Now, socks are typically produced using mechanical methods that have advanced to offer a premium, high-quality product.

Treat yourself to your own premium socks with DeadSoxy. Choose from a wide variety of pre-designed socks and take advantage of the selection in choosing your favorite colors and patterns.

Take a look at some popular choices to add to your sock collection: